Mobile World Congress, the annual showcase of the wireless industry, typically draws 100,000 representatives from technology firms, carriers and governments to Barcelona, Spain. But this year hasn’t. The GSM Association, an industry group that organizes the gathering, said Wednesday it is pulling the plug on this year’s affair, the latest fallout from the   coronavirus   global health emergency.

“The GSMA has cancelled MWC Barcelona 2020 because the global concern about the coronavirus outbreak, travel issues and other circumstances makes it impossible for the GSMA to hold the event,” said the organisation.

The cancelation is the most recent coronavirus blow to the tech industry, officially named COVID-19 by the World Health Organization. The Nikkei Asian Review claimed last week that China is blocking Foxconn’s manufacturing giant from reopening factories, possibly slowing smartphone production from several firms, including Apple, Amazon and Huawei. 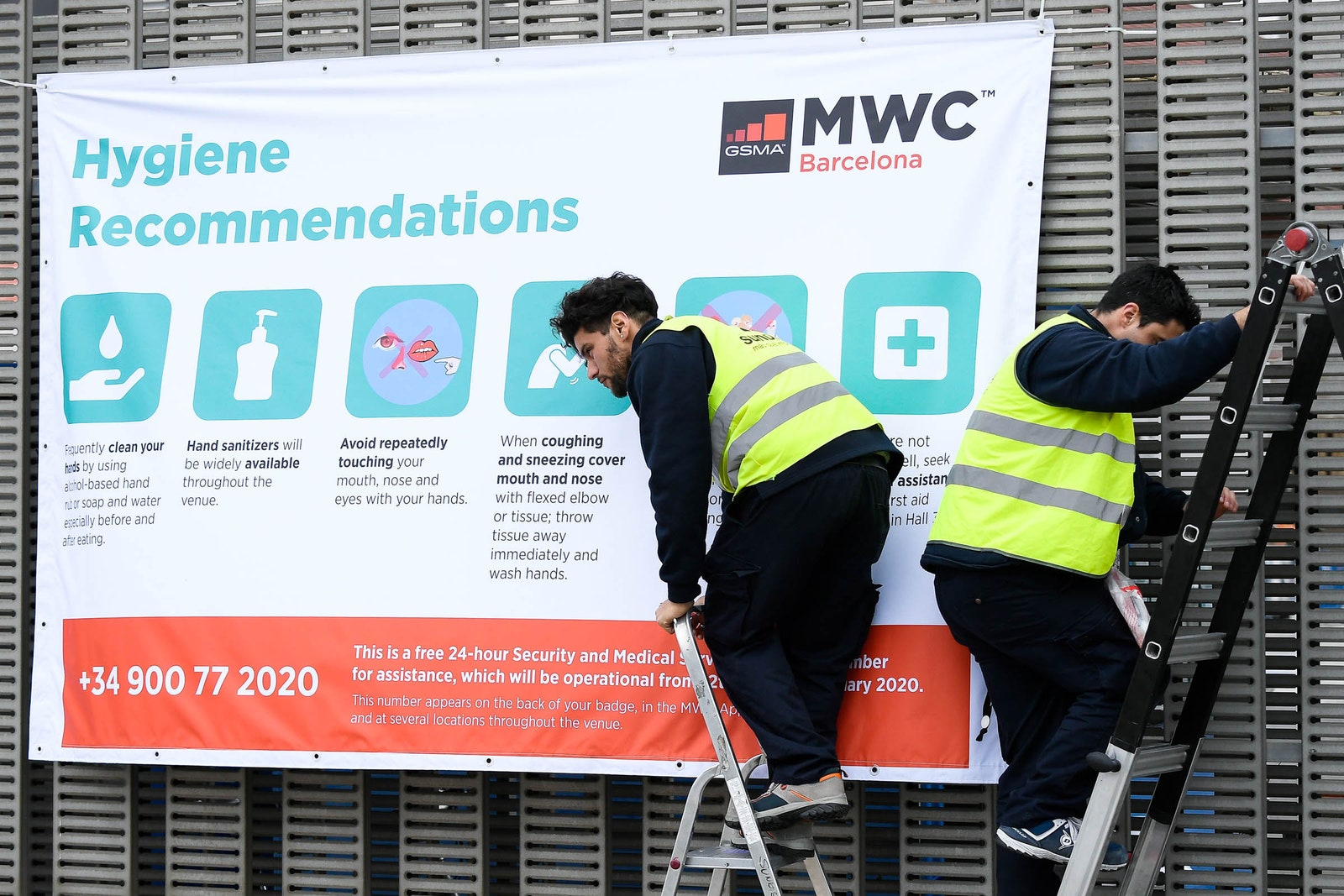 More than 45,000 cases of coronavirus have been confirmed globally, according to WHO’s latest situation report. Instances of the disease have been found in 24 countries, although only 441 of those cases are outside China. The death toll is now more than 1,100, including one in the Philippines.

The Mobile World Congress cancelation comes as industry attention is focused on carriers’ race to upgrade networks to 5G, the next generation of high-speed wireless, and as governments grapple with pressure from the US government to ban equipment made by Chinese telecom giant Huawei. Chinese companies like Huawei, Motorola, Oppo, Xiaomi, and ZTE, had been expected to have a large presence at the show.

Stephen Mears, a research analyst at the consulting firm Futuresource, says that in the near term, the cancelation will be a big blow to the industry’s marketing efforts. Many companies planned to make announcements during the gathering in Barcelona. Samsung, Huawei, Sony, and others were expected to launch new products. Keynote speakers at the event were to include Google Cloud CEO Thomas Kurian, Qualcomm CEO Steve Mollenkopf, and ViacomCBS CEO Bob Bakish.

Several companies had already pulled out of the trade show, including Amazon, Ericsson, Facebook, Nokia, LG Electronics, Sony, and ZTE. Some are planning alternate events. “Rather than meeting customers and stakeholders in Barcelona, Nokia plans to go directly to customers with a series of ‘Nokia Live’ events aimed at showcasing the industry-leading demos and launches scheduled for MWC,” the company announced.

As the coronavirus outbreak spread, GSMA initially said it would ban all travelers from the Chinese Hubei province, require visitors from China to prove they had not been in China for at least 14 days, and screen attendees for fevers.

A Guide to Universal Design in the Public Realm